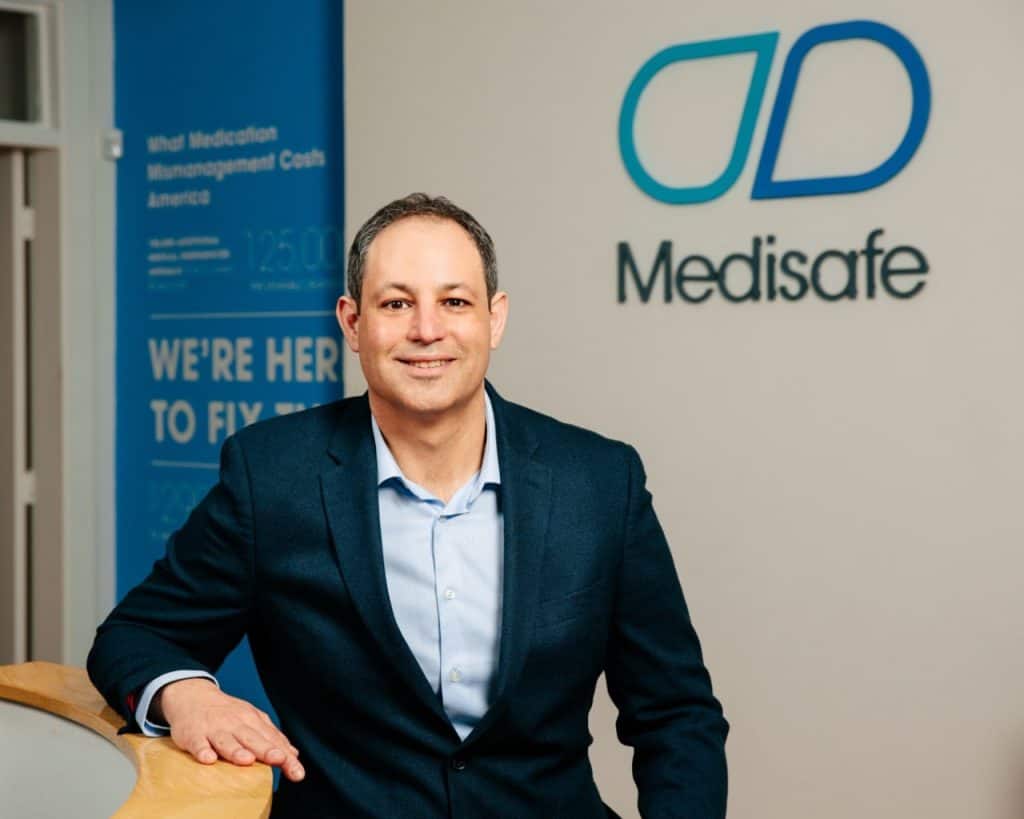 When you were a child, what did you want to be when you grew up?

I grew up in a very entrepreneurial environment; my father was an entrepreneur in many capacities throughout his life. My mother was a teacher, but she always had touches of entrepreneurship. Having grown up with these surroundings, it was clear to me that I was going to start a business at some point in my life. I grew up in Israel and went to a school where I was enrolled in an entrepreneurship program. By high school, I had founded my first business with classmates – that curiosity was there from a young age.

What was your first job?

My family encouraged and valued hard work. The first job I ever had was as an assistant in my school over the summer vacation.

After I finished school, I had eight months before I was set to start with the Israeli Air Force Academy. I joined the company where my father was the head of R&D. I worked at that company in quality assurance. During the end of this role, I was asked to join the Chief Commercial Officer of the company to present the software to the Israeli Electricity Corporation. On our way there, the Chief Commercial Officer turned to me and said, “If anyone asks how old you are, you say 28.” I was 18 at the time, but as the quality assurance person, I knew the product inside and out. After the meeting, I was tasked to lead the deployment of the program and led that project at a very young age. One week later I started with the Air Force. This job was a really formative professional experience for me.

I’m a morning person, so I typically wake up around 5:00am, have my morning coffee, and in the summertime, I either bike, run, or swim. I then read through my emails as half of our company is in Israel and the team abroad has nearly finished half their day by the time I wake up! Then I help with my kids by getting them ready or taking them to school in the morning.

You have a track record of entrepreneurship well before founding Medisafe. Can you share a bit about some of your prior start-up endeavors? How did these roles shape you in becoming the CEO you are today?

After my time in the Army, I had several sales jobs, including one where I was a door-to-door salesman, which I think is one of the best ways to learn sales. Sales is such a fundamental part of building and running a business – from recruiting people, to fundraising, to securing clients – it is an essential skill for entrepreneurs to have. During my time in sales, I also learned how to manage teams of people; I managed a group of 25 individuals within a 200-person organization. At that time, I was presented with an opportunity to join a small management software company for law firms as the first non-founding member. When I joined, we had eight customers, and when I left to pursue my MBA three and a half years later, we had 2,000 customers.

When I was in business school, I saw a presentation on marina management and the complexities of controlling all of the documentation associated with boats. I saw an opportunity there, and shortly thereafter, created a company called Marina123.com. The idea was to create a sharing economy in the yacht space with slips and maybe even yachts themselves. I learned a tremendous amount through that process – how to build and incentivize a team, how to pitch to investors, and how to lay the foundation for a scalable business. I learned so much from that process and took those learnings with me. It was shortly after leaving this business when we decided to start Medisafe.

We understand you founded Medisafe after experiencing a near tragedy in your family. Can you share a bit about this experience and how it shaped your inspiration to start the company? 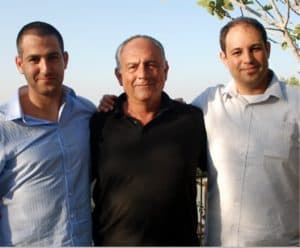 The story of Medisafe begins with my father asking me if I had seen him inject his insulin, and I gave him the typical Israeli answer “no,” meaning I hadn’t seen him inject it. He thought he had not injected his insulin and took another dose. Shortly thereafter, my father started to exhibit some severe symptoms as he was on his way to diabetic shock. We quickly got him medical attention and thankfully, he recovered, but the experience was very traumatic.

After the experience, I set out to understand how such a problem could occur. I picked up my father’s iPhone and asked why he didn’t have an app to track his medication. After reviewing the apps in the market, I was appalled that I couldn’t find a solution to manage his medication in a world where an app existed for nearly every consumer need possible! My brother and I started looking into medication mismanagement and realized the scale of the problem.

In the U.S., 700,000 people a year suffer from emergencies similar to my father’s, and 125,000 people a year die from those incidents. There are also huge costs associated with this mismanagement – U.S. taxpayers lose $290 billion a year, and pharma companies lose $187 billion of potential income a year because people stop or are not using their medications correctly. We realized that payers and pharma companies lacked a seamless way to communicate with members or patients regularly. My brother and I believed there was a huge opportunity to connect those dots to empower the patient to better manage their health, and that is how Medisafe was born.

We are so excited about Medisafe’s new Series C financing round! Congratulations! Can you share a bit about what excites you about the future of company and what users can expect in the next year? 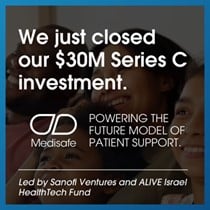 We brought together a great investor syndicate with Sanofi and Alive Ventures. Funny enough, these are folks I have known for years, and I truly believe they will help us propel the business forward. Being an entrepreneur is not an easy job; having people around who are supportive, understand healthcare, and can help advise and grow the company is really important, especially as we look towards the future.

In our first few years, we accomplished quite a lot; we have 7 million registered users, over 463 million days of use, and quite a few pharmaceutical partners who will work with us to manage their patient journeys. There is a movement in healthcare right now to focus on the consumer. Given that Medisafe was built as a consumer-focused company from day one, I truly believe we are set up for success. In the next year, we will continue to connect the disconnected and siloed information in healthcare by tying together consumers, pharmaceutical companies, payers, and pharmacies. At the end of the day, the ecosystem connection is all centered around our goal of improving the healthcare experience for the consumer.

If I had to pick one thing, I think it would be perseverance and grit. If you speak to anyone on my team, you will quickly learn that I’m constantly pushing our company to move forward, move faster, and achieve new goals. That is my personal north star.

What would you do if you weren’t in healthcare?

I truly believe that if I wasn’t doing this, I would be working on another company. The beautiful thing about working in healthcare is that, on top of creating value for your shareholders, you are also creating a lot of value for the world and individuals. In this business, you wake up every morning with a sense of purpose and pride and know that you are working on something that has meaning and value beyond just making a business more efficient.

What book are you reading right now?

I recently had a discussion with an advisor who said to me, “I understand that you’re going to be hiring a lot of people after the most recent fundraising round. What are some of the intangible things that you plan to do after the round?” I shared with him that I want to empower our team members to make decisions but that I want to do so in a thoughtful way. He recommended I read “Turn the Ship Around! A True Story of Turning” as I go through this experience and think about the more intangible aspects of growing the business.

The book is a true story by David Marquet, a former Naval Captain and how he changed the culture of how a ship is managed. Ship management is very complicated; there is a lot of hierarchy, and all of the critical decisions eventually roll up to the Captain. He believed this approach demonstrated poor management and wanted to empower people to make their own decisions. This mentality stemmed from the fact that David Marquet moved up through the ranks very quickly and was given a leadership role very early, so his only way of managing the ship was to empower the people below him. It’s a beautiful story of how he changed the decision-making process and the culture that is so ingrained in the Navy.

Lastly, what is one piece of advice you would give to our readers?

I would encourage every aspiring entrepreneur to think big. Then, challenge yourself to think bigger. What can you do in your business to think bigger, move faster, scale better, and ultimately make a larger impact on the world? With that said, to be big, you need to surround yourself with the right team. Pick individuals who are better than you are and then, give them the freedom and framework to take the company to a bigger place.